During Theodore Roosevelt's famous African safari in 1909 he stayed at the British East African house of Sir Alfred Pease in what is now Kenya.During the safari Roosevelt shot his first lion which weighed 285lbs. Roosevelt's book, African Game Trails, contains his account of how he came to shoot the lion - two shots and a third from close quarters were required. Kermit, Roosevelt's son accompanied on the safari and is also on the film.


Alfred Pease's wife went on the safari with the men. When she died back in England Pease had a memorial stained glass window installed in Guisborough's St Nicholas Church. 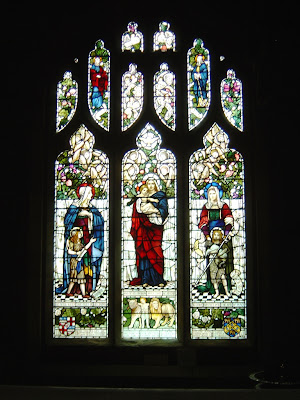 A detail in the glass shows Pease's lion  that finished up at Middlesbrough's Dorman Museum. 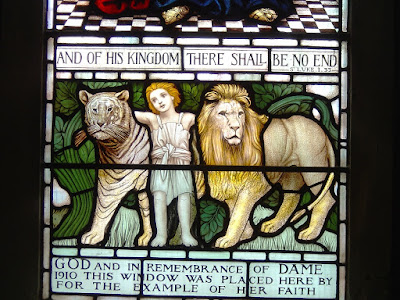 [Photos by Maryln Sylvester]
Switching to a different topic I have a postcard from New York which fits the windows theme: 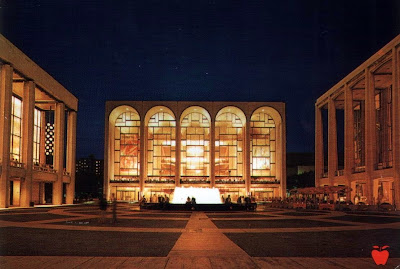 Stain glass windows are so beautful and inspiring.

I adore stained glass windows! They are simply beautiful and the one from St. Nicholas' church is no exception.

Awesome; I love stained glass, and these are really beautiful windows

I love stained glass windows but it's so very difficult to take photos of them satisfactorily. That is to say, I can't - you very obviously can. :)

U definitely have a consensus that everyone loves stained glass...Not only the beauty but the story and history it tells ... The Lincoln Ctr. windows are awesome... The windows definitely give strength to that building.