I showed this set of stamps back in 2012 but as it is a favourite of mind I just had to post it again, The strip of five wild animals was issued in

We had a hibernating hedgehog in our garden a few years ago. Unfortunately I only see them as roadkill these days.
Grey squirrels still visit us in the hope that the bird feeders have left something for them.
Otherwise there are no hares or badgers near us and I don't know of any otters in the local rivers.
To see other small animals visit the links to be found at Island mammals at Sunday Stamps.
Posted by Bob Scotney at 08:24 5 comments:

When he died in 2016 King Bhumibol Adulyadej of Thailand had been king for over 70 years.

You would never have predicted that when this stamp was issued.

When it comes to kings from a long time ago King Solomon comes to mind. He appears on a stamp from the Mutawakelite Kingdom of Yemen issued in1967.
This is from a set for the visit of the Queen of Sheba to King Solomon. Unfortunately I do not have the stamp that shows her alone.
When it comes to long serving monarchs Queen Elizabeth II will have reached 70 years in 1922. She has appeared on more stamps than anyone including this from Trinidad & Tobago.
First Boca or Boca de Monos  separates Monos Island from the Chaguaramas Peninsula of Trinidad. It is the first of four channels in the body of water known as the Boca del Dragon (Dragon's Mouth) which lies between Trinidad and Venezuela.
For more Royalty check out Sunday Stamps.
Posted by Bob Scotney at 08:54 4 comments:

Way before the issue of postage stamps and the Pony Express there was a Postboy blowing a Post Horn ...

... commemorating the Tercentenary of the Establishment of the General Letter Office.
The British Discovery and Invention set in 1967 included 'Penicillium notatum'
For more 'P' related stamps just follow the links at Post Crossing on Sunday Stamps
Posted by Bob Scotney at 07:55 5 comments:

I always have to check what sesquicentennial means when I see it describing a stamp even if I can work it out from dates on the stamp itself.

The Pan Am building in Washington DC appeared on an airmail stamp issued in 1947.
The plane is one I have never heard of (Martin 2-0-2), but then it was a long time before I flew with Pan Am. I'm also unlikely to make it to Washington now either. 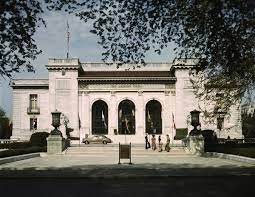 For buildings from elsewhere visit the Modern links at Sunday Stamps.

Normally I would show stamps from a set in denomination order.

Today under the 'labourers' theme they are in the order of the Labours of Hercules. All issued on 16 March 1970 in Greece.

Unfortunately there was only 11 in the set and I have so far not matched up the designs for the rest I have.

Can anyone help me out with these?
For other 'labourers' visit Sunday Stamps