Except for late evening skies I don't think I've ever set out to photograph clouds and the effects they create. However I find I have lots of photos where the clouds have made a contribution to the success of the resulting shot.


Closer to home this shot of Middlesbrough Transporter Bridge was taken from the RSPB's Saltholme nature reserve.
While on the subject of birds here's one I caught on the wing.

The clouds also make an effective background in the shot of a UK fire brigade practising with an extending ladder. 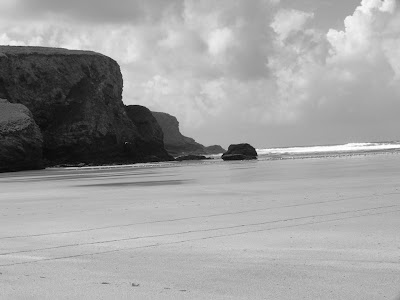 Training seemed to be a good topic to chose now the Olympics have started. But as we did Olympic stamps last week I have picked trains instead.


This issue came about partly as a result of interest amongst philatelists and railway enthusiasts for a set of stamps featuring trains.

The village where I live is c5 miles from Stockton and 13 from Darlington. Yarm is the town three miles away which has this plaque on the Town Hall.

The meeting to establish the first railway, the Stockton & Darlington Railway, was held at the Union Arms in Yarm.

For others' selections this week check out Sunday-stamps-81 where I know you will find some newly issued Olympic stamps.

I knew what I was going to post as soon as I saw this week's prompt:

I played cricket for many years but I've only watched one game of baseball. 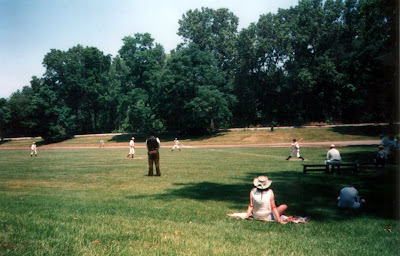 Earlier that summer we visited England's north-east coast and came across a cricket match in progress in the shadow of Bamburgh Castle.

I've also played a lot of tennis but was never good enough to beat my daughter even when I was fit.

Playing tennis indoors on hard courts didn't help my knees so I turned to golf at the late age of 50. As an active hockey and cricket player I had always told my golfing friends that any b....! fool can hit a ball that stays still.

I was recovering from minor surgery at the time that I took that shot of two of my golfing partners.

I also have to admit that my daughter also beats me at golf although she only plays a few times a year.

Once broken, never forgotten but rescued and restored to all her glory Brunel's steamship the SS Great Britain sits today in the dry dock at Bristol's Historic Quay

When launched by Prince Albert in 1843 she was the biggest ship in the world, At the time she was the world's first ocean liner and completed her first trip to New York in 1845 in 14 days and 21 hours.

Brunel had designed the ship to be run chiefly by steam but but she could also use her sails.Between 1852 and 1875 she undertook the role of Emigrant Steam Clipper taking families to a new life in Australia. !856 saw SS Great Britain carry troops to fight in the Crimea; in 1861 she carried the first England cricket team to Australia.

In 1882 her role changed again as she was converted to carry cargo, her engine and funnel were removed. With three tall masts and broad square sails she became a 'windjammer' carrying coal to San Fransico.

Badly damaged by storms  rounding Cape Horn in 1886 she took shelter in the Falkland Islands where she was used as a floating warehouse for coal and wood. Her working life ended in 1933. In 1937 holes were made in her hull and she was scuttled in a remote windswept bay.

If you visit the restored ship in its Bristol dry dock you can see the 'broken' state of the great ship below the 'waterline.' 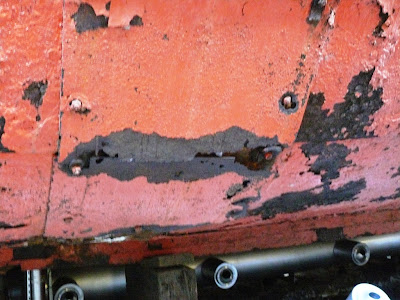 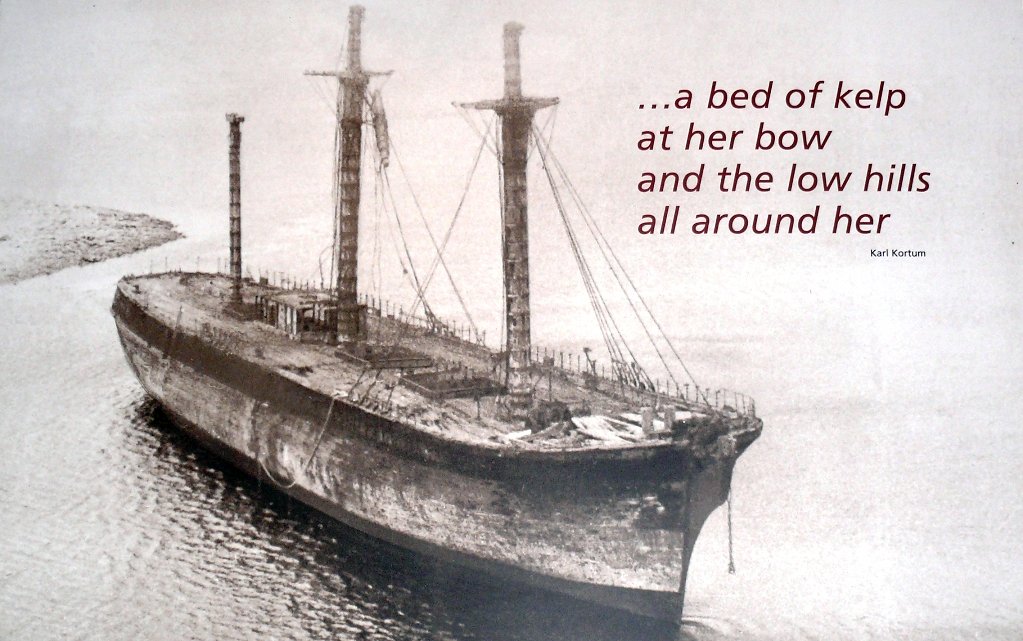 The ship came back to England in 1970 on a pontoon and now takes centre stage on Bristol's Historic Quay.

A long way from that Falkland's windswept cove.

For more broken artifacts don't forget to look in on Carmi's thematic-photographic-205
Posted by Bob Scotney at 15:27 8 comments:

Next Sunday the Olympic Games will have begun in London. London is the only city to host the games three times. I was 11 in 1948, the last time the games were held in London. These were the stamps issued to commemorate those Olympics, the so-called "Austerity" Games.


I wish I could say I had these stamps in my collection but I have to admit they are taken from a catalogue.

One wonders what got into the minds of those who decided this would be the first stamp issued for 2012.

The obsession with the Olympics rings gripped Canada for Montreal in

But thanks to my pet market stall I managed to find some stamps showing individual sports.

I must admit the 1948 stamps would be my favourites, if only I had them in my collection.

For more Olympians check out Sunday-stamps-80.
Posted by Bob Scotney at 09:19 13 comments:

Away with the Fairies - Sepia Saturday

Oh, is it Sunday already? I must have been away with the fairies.

I've drawn a blank this week unless you use your imagination.


Does this fairy think that it's a flying saucer?

I have shown photos before of Brunel's steamship the SS Great Britain in its Bristol dry dock; the orange theme this week allows me to show two more.


This shot is taken through the 'glass' covering that surrounds the ship. Visitors may go into the dry dock and walk round the hull of the ship. You can get a different view of the rudder and go right up to it.

Boat races are held on the River Tees on Yarm Gala Day; the boats fit our theme.

During my holiday in Michigan this year one of the jobs to keep me amused was to cut the grass.

If you are wondering about the driver, he's behind the camera ready to take photos of the wildlife before moving them out of harm's way with that metal snow shovel.

It's not often that you get the chance to see a bird of paradise but this is one I like,

growing in my son's flat in Cornwall.

For orange treats you need to pop over to Thematic-photographic-204 where you will find others who have responded to Carmi's challenge.

I'm not a great believer in flag waving as we can be patriotic without doing that.

For Great Britain  what can be more patriotic at this time than celebrating the Diamond Jubilee.


For other patriots and some flags visit Viridian at sunday-stamps-79.
Posted by Bob Scotney at 08:05 15 comments:

I though there might be a lot of 'Oohs' and 'Aahs' this week and I might not contribute so many. My first photo has appeared on Thematic Photography before but I think it qualifies for this week's pram theme.


I don't know what the collective name is for a group of prams but these are described as fashionable, I understand.

Then we travel to Norway to see something different entirely.

'Pram' in Norwegian is a flat bottomed boat.

Somehow I don't think that this fisherman's pram would have floated very well.

As you may know I took part in the A-Z Challenge back in April for which I chose a castle theme. Here's one I could have included for 'Z' if I had known about it at the time.


Now it's time to 'ooh and aah' for Doris Turnbull.

And finally our one and only pram complete with our elder son.

Just a reminder of the prompt that started this off:

Transportation is such a broad them I don't know where to start. When visiting offshore oil and gas platforms I got used to helicopter rides. However this one was much more fun.


But while I was in Monaco I wanted a ride on the family yacht.

Back in the 1980s the Tall Ships came to Stavanger, this was the first ship to arrive.

Another ship at its home port looks more fearsome.

I suppose transportation wouldn't be complete without a car or two. This one is quite humble but has an interesting name.

Winston was owned by an English girl in Germany. Now she lives in the USA and drives a German car.

I hope you have enjoyed being transported to foreign parts. For more transportation delights just pop across and see what else is on offer at Carmi's thematic-photographic-203

The yellow theme this week proved more difficult than I expected. However, as you will see, it allows me to appeal for help.

There is no problem with my first stamp as it tells me what it is.


This stamp was issued in 1966 to publicise the largely undivided highway following the Mississippi River from New Orleans to Ontario, Canada.

My second stamp is the one I know nothing about. I don't remember when I acquired it but it has obvious been soaked off an envelope. It has no distinguishing features that I can see which allow me to identify where it is from. 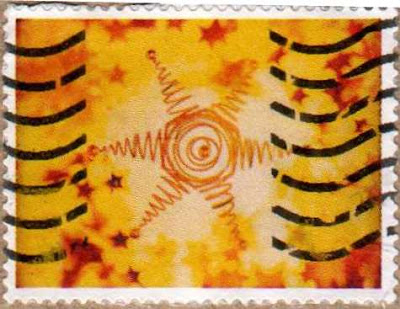 I don't even know whether I have presented this the right way up.

I hope you will be able to help me identify which country issued it.

I've just realised that this is my 400th post so help me celebrate by solving my query.
Posted by Bob Scotney at 07:55 9 comments: