I looked for something that is found in the sea and came up with a wildlife conservation.
I was delighted to find that I could show an aircraft carrier as one of my brothers served on British carriers in WWII.
This is a Forrestal class carrier from the 1950s of which 4 were built for the US Navy. They were the first supercarriers.
The event was part of the celebrations of the 350th Anniversary of Jamestown, the place where the first English settlers landed in 1607.
For a look at other land and sea related stamps please visit the links at See it on a Postcard
Posted by Bob Scotney at 08:06 4 comments:

The Queen is associated with both my stamps this week, one from Canada and one from Australia
1967 saw the 100th anniversary of the Canadian Confederation and a series of stamps issued that included -
I'm guessing that the ship depicted is on a canal - the St Lawrence Seaway?
The golden wattle is the floral emblem of Australia  and appeared as a diamond brooch on the stamp commemorating the 90th anniversary of the birth of the Queen.
For other anniversaries just visit Sunday Stamps 800
Posted by Bob Scotney at 08:18 4 comments:

This proved a difficult theme to match until I found the 1946 Peace Issue from New Zealand.

King George VI and his family under the banner "IN PEACE, LONG MAY THEY REIGN."

By 1953 the father figure's daughter was Queen and she remains our longest serving monarch.

For other fathers follow the links at Father Figures on Sunday Stamps
Posted by Bob Scotney at 06:56 6 comments:

The old film Citizen Kane was on the UK TV recently - I missed it.

However I remember the Celebrate the Century series of stamps from the USA. Among others these included - 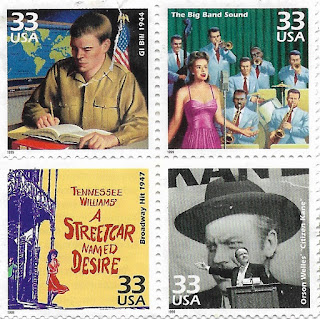 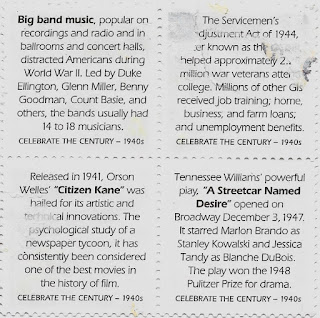 You will  have to match the info to the individual stamps. For other celebrations please check out the links at Fireworks at Sunday Stamps
Posted by Bob Scotney at 07:44 5 comments:

Over the garden wall

I pass a wall on my morning walk - six days every week.

This week my attention was caught by a collection of pebbles. 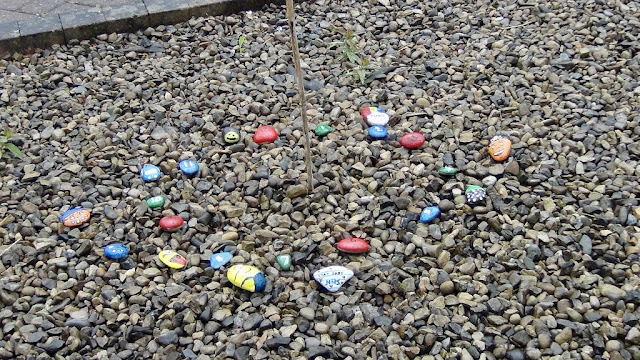 Front right has the slogan - "Save the NHS" - one with which we can all agree.
Posted by Bob Scotney at 13:08 No comments:

Email ThisBlogThis!Share to TwitterShare to FacebookShare to Pinterest
Labels: garden wall, pebbles, Save the NHS

I have shown all my stamps of dogs before so this time I settled for birds.

A regular visitor to our garden is the robin so he had to appear first.


I have never seen a falcon so this Polish stamp just had to appear.

Also from Poland is a bird that we know as the plover, peewit or lapwing.

One thing I like about the three stamps is that they all include the Latin names of the birds.

Rather than 'Things made of wood' I have chosen 'Wood from which things are made'.


If you have floated timber down a river there will come a time when timber transport is required before things can be made.