I have a number of Swastika stamps from the time of the Third Reich but I have no intention of ever showing those. I've settled instead for the poet/playwright and compatriot of Goethe -


I must confess I do not know of any of Schiller's work, but knew of -

It was Albert Schweitzer who won the Nobel Peace Prize in 1952,  and who is possibly more famous for setting up his hospital in Lambaréné in what was then the French Equatorial Africa (now Gabon). Schweitzer used his prize money to set up the leprosarium there. He died at his hospital in 1965.

For more 'S' related stamps check out the links at Sunday-Stamps-s.
Posted by Bob Scotney at 09:07 5 comments:

Back in the 1950s when I was at school, I won my boxing colours and was captain of the boxing team. I wish I could say that I was undefeated like Rocky Marciano, the world heavyweight champion of the time,

Rocky (not the film) was on the stamp for the 1950s in the Celebrate the Century series.

From boxing to a gentler pastime of poetry for my next stamp from the USA.

" I wake to sleep and take my waking slow.
I feel my fate in what I cannot fear.
I learn  by going where I have to go."

At this time so many years since England won the football world cup, I have chosen a stamp from back then (1966) showing what is claimed to be Britain's favourite bird.

Just like the one that chases other birds away from our feeders when it wants to eat.

This year sees the 100th anniversary of the founding of the Royal Air Force. For the 50th anniversary in 1968 a commemorative stamp showed a Sopwith Camel from WWI and English Electric Lightning Fighters from the 1960s.

For other 'R' related stamps fly over and pick up the links at Sunday-stamps-r.
Posted by Bob Scotney at 09:36 5 comments:

I was expecting to show Queens on many stamps today, Last week when covering 'P', I considered focusing on pilots but then found this for today,


Harriet Quimby was the first woman pilot in the USA and the first (in 1912) to fly over the English Channel. Tragically she died in a flying accident the same year at the age of 37.

In 1969 the Investiture of HRH the Prince of Wales was held at Caernarfon Castle. One of the set of stamps commemorating this depicted -

Queen Eleanor  was the wife of Edward I and gave birth to a son at the castle in 1284 who was to become King Edward II.

To see what other 'Q' related stamps are on show this week just follow the links at Sunday-stamps-q.
Posted by Bob Scotney at 08:30 5 comments:

I may have shown these before but they are worth another outing.

When I was a boy, fishing on the River Welland, I was always pleased to catch one of these -


Salmon, trout and pike were also in that set of British River Fish. Shame I do not have that pike. 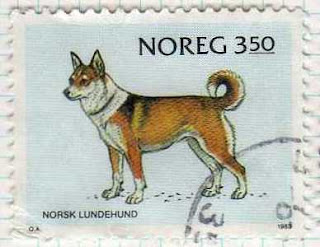 I was still in Norway when that stamp was issued.

For other 'P' stamps just pop over to the links at Sunday-stamps-p.