Last week I started with an Elk; this week it's another of my favourite animals -


I went to University in Scotland in the 1950s; St Andrews is located on the coast of Fife. I don't remember ever seeing an architectural style like this.

Harling is a rough cast wall finish consisting  of lime and aggregate notable for its very rough texture. Many Scottish castles are finished with harling which protects against a wet climate and eliminates the need for paint.

For other 'F' related stamps please visit the links at Sunday-stamps-f.
Posted by Bob Scotney at 07:58 8 comments:

On a trip in the Norwegian mountains I once saw the rear end of one of these as it disappeared in the woods.

Staying in Scandinavia I found a Swedish/American inventor whose steam locomotive, The Novelty, was beaten in a Lancashire railway competition in 1829. The winner was George Stevenson's Rocket.

John Ericsson (1803-1889) invented the screw propeller for ships. The British Admiralty were uninterested in this, but it was widely adopted by the US Navy.

For a wider look at 'E' related stamps follow the links at Sunday-stamps-e.
Posted by Bob Scotney at 08:12 6 comments:

The 200th anniversary of the British assault on Fort Duquesne, held by the French, was commemorated  in 1958.


The British were led by Brigadier General John Forbes. Among his troops was a contingent of Virginians under the command of Colonel George Washington who later became one of the founders of the USA, and President of course.

The French abandoned the fort which was subsequently rebuilt as Fort Pitt (named after the British Prime Minister at the time.) Now it is the location of the city of Pittsburgh. PA.

With pride and without prejudice my second 'D' is a character from Jane Austen.

No damp shirt there for him as depicted on TV

And much drier here -

This was from a set of 4 (issued on 9 March) depicting Geographical Regions. I have been unable to find the location of the desert on the stamp. That year all but 15 of the countries in the Commonwealth issued stamps for Commonwealth Day. 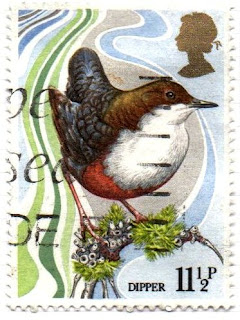 It would have been much happier in that lake where Mr Darcy got his shirt so wet.

You can dip into other 'D' related posts at Sunday-stamps-d.
Posted by Bob Scotney at 08:59 7 comments:

Sunday Stamps C4 - Great Britain via Concorde to the USA

Fifty years ago last weekend saw the first flight of -


This set consisted of three beautifully designed stamps. a true tribute to this magnificent plane.

Prior to the existence of Concorde, 1958 had seen the centenary of completion of the cable across the Atlantic - commemorated by this stamp -


That's Neptune and a Mermaid on either side of the globe.

I guess that the cable had handled more traffic before Concorde even flew.

For other 'C' stamps take a look at  Seeitonapostcard.blogspot.com

When I was a boy a favourite book of mine was - 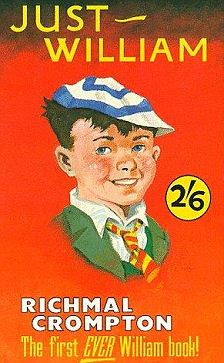 What has this to do with Argentina you might ask.

Well William's surname was Brown and two of my stamps showed an Argentine personality as Guillermo Brown - I suppose we might call him a celebrity today.

Guillermo lived from 1777-1857; both these stamps appear in 'Pesonalities' series of stamps. He is regarded as the father of the Argentine Navy and he served also on British and American ships.

What I haven't told you was that he was Irish born - as William Brown.

I then discovered that the 100th anniversary of his death  was commemorated by stamps from Ireland.

For other 'B' stamps you should check out the links provided by others at Sunday-stamps-b starting with a large butterfly.
Posted by Bob Scotney at 08:26 4 comments: