'X' always seems to be a difficult letter in any A-Z theme. The last time it came up in Sunday Stamps I had to be a bit inventive using stamps like this -


To find a true 'X' I had to go fishing for a green-tailed swordfish in Hungary.

hellerii: honours the name of Austrian botanist and naturalist Karl Bartholomaeus Heller (1824-1880), who explored Mexico between 1845-1848 and brought the type series of X. hellerii to Vienna.

The fish has been widely introduced into Mexico river basins and now occurs in rivers on all continents except Antarctica.

For other stamps from the 'X' files visit the links at Sunday-Stamps-x.

The 150th anniversary of the Ratification of the Constitution of the USA was commemorated with a stamps issued on 21 June 1938. 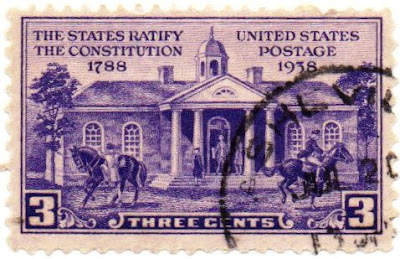 In case you wondered how this links to 'W' the building shown is the Old Courthouse at Williamsburg.

Franklin D Roosevelt was the only US President to serve 12 years. He died in 1945.


In 1903 Wilbur and Orville Wright's plane flew 120 feet in 12 seconds. This stamp commemorated their feat.

For other 'w' related stamps fly over to Sunday-Stamps-w.

The first flying boat made for Canadian conditions was the Vickers Vedette commemorated in a transportation series issued in 1979.


First made in 1924 the Vedette gave improved access to lakes and rivers opened up by canoes. The three seater was designed for forest fire patrols and photographic work. It starred in mercy missions and saw some service with the RCAF until the beginning of WWII.

May 1949 saw China issue a stamp dedicated to victory in North Kiangsu. Today Jiangsu formerly Kiangsu, capital Nanjing, is an eastern central coastal province of the People's Republic of China. I presume that the victory refers to the war with Japan.

Victory stamps from New Zealand were issued in 1920 to celebrate the end of WWI.

The British Lion represents the British Empire with the allegorical figure of Peace.

For other 'V' stamps go over to Sunday-stamps-v.

UNESCO (United Nations Educational, Scientific & Cultural Organisation) was established in 1946. Since then many of its World Heritage Sites have been commemorated on stamps.


At  the UNESCO General Conference in Paris, 1968 it was decided that activities would be initiated to commemorate the centenary of the birth of in, including the organisation of a symposium on the theme: 'in and the development of science, culture and education'.

The medieval centre of the city of Regensburg in Bavaria was listed as a UNESCO World Heritage site in 2006 and appears on a joint issue stamp with Japan in 2011.

One of my favourite Canadian stamps shows the Kluane, Wrangell-St Elias, Glacier Bay and Tatshenshini-Alsek national parks declared a UNESCO World Heritage Site in 1979  for its spectacular glacier and icefield landscapes and for its habitats for grizzly bears, caribou and Dall sheep.

For other stamps related to 'U' please visit the links at Sunday-stamps-u.

At school many years ago I studied American history but only the War of Independence. So in checking my stamps for today I never knew that Texas was once a part of Mexico and even existed for a short while as the independent Republic of Texas. It was only in 1845 that Congress approved it to become a member of the United States.

During the American Revolution a group of Green Mountain Boys lead by Ethan Allen  and Colonel Benedict Arnold captured Fort Ticonderoga in 1775 from the British. A commemorative stamp was  issued ii 1955.

But when it comes to historic buildings Great Britain has -

The White Tower was built by William the Conqueror in 1078.

Even older is the discovery made by Howard Carter in 1992 in the Valley of the Kings.

For other 'T' stamps visit Sunday-stamps-t. where there will be others to admire.