To begin our 4th round of A-Z I've chosen the 100th anniversary of the American Institute of Architects.

The stamp depicts a Corinthian capital. Corinthian is the last developed  of three classical orders of ancient Greek and Roman architecture. The style is characterised by slender fluted columns and elaborate capitals decorated with ancient leaves and scrolls.

In recent rounds of A-Z I've tried to avoid the names of countries to matching the week's letter. However for Aboriginal Art I had to pick -

To see a splendid Canadian stamp and find links to the 'A' related stamps please visit Sunday-stamps-a. and follow the links in the comments by participants.

To bring this A-Z to an end I had to chose two countries with a 'Z' in their name but than found an extra 'Z' associated with them.


This building, Zunfthaus zu Waldlueten in Biel, is a guildhall for craftsmen - I haven't discovered which. But now you can see my hidden 'Z'.

I used a butterfly from Tanzania when doing 'X' but you have to look at this stamp to find the 'Z'.


The Yellowback Fusilier is a fish on the endangered Red List of the International Union for Conservation of Nature (IUCN).
If you look closely 'Kijakazi Mrembo' appears at the top of the stamp. I have not succeeded in tracing this so far but is it  the name of the stamp's designer? The language appears to be Swahili for beautiful (mrembo) slave (kijakazi). Can anyone help me decipher this?

For other 'Z' stamps please visit Sunday-stamps-z where Zambia may be seen.

I have had  to revert to a country name this week by choosing Yugoslavia for one of my stamps.


The country broke up in 1992 and the area has had a turbulent history since.

Another country that has seen major changes in my lifetime is -

The gentleman on the stamp is Dr Sun Yat-sen, once leader of the Chinese National Party known as the father of modern China. He served as the first provisional president of the Republic of China in 1911/1912 and as defacto ruler 1923-1925.

I have never had the chance to visit any of the National Parks in the USA but here is one that is known worldwide.


For other Y related stamps check out the links at Seeitonapostcard-y.

A Danish King provides me with an X (and by chance the only King of Iceland too as Kristján X from 1918-1944). 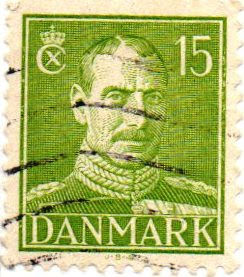 Denmark - 1942
King Christian X of Denmark became the symbol of Danish resistance to German occupation during WWII and helped finance the transportation of Danish Jews to neutral Sweden. He reigned from 1912 to 1947.

A Tanzania butterfly's Latin name provides me with two Xs - 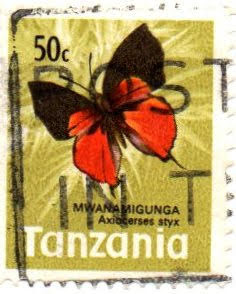 For other X related stamps cross over to seeitonapostcard.blogspot.com x.
Posted by Bob Scotney at 09:28 4 comments: