Are you sitting comfortably?

Then we will begin with photos from my archives. In the first, you have to guess the year in which the two had taken up the invitation to be seated.


Sixties' youths can get comfortable anywhere.

While Dad and daughter sun themselves at home.


But when the nest was empty a new patio became the place to be seated instead.

There were even seats available in the empty new front bedroom.

The window down to the floor just had to go; a wall now retains the heat up to that cross piece. The radiator has been moved but the settee remains for anyone who wants to be seated there.

Into the 21st century Christmases may even be in Michigan from time to time. There is room for our daughter to request 'Pleased be seated' here.

Some do not have to be invited to be seated - just

Now it's you turn to respond to the the request, 'Please be seated.' with Carmi's friends at Thematic-photographic-331.
Posted by Bob Scotney at 18:52 4 comments:

I could have posted some individual trees in this woodlands, forests, parks or gardens theme but chose instead to stay in the famous Kew Gardens.

I must admit that this is not a favourite set of mine with what I think are wishy-washy colours. My scan has 'improved' their appearance.

Issued on 5 June 1990, the stamps are:
To see what others have chosen this week, follow the links at Sunday-stamps-ii-15.

One stamp from a Mediterranean island and one from the Indian Ocean are my selection this week.


The grey heron on this stamp from the Republic of Maldives is seen in America and Europe too.

During WWII my elder brother served on aircraft carriers in the Mediterranean involved in the defence of Malta and this is the reason I have included a stamp from there.

George VI was our King during the war.

Mdina Cathedral is shown on the stamp. There were settlements in Mdina going back 4000 years. The walled medieval town is situated on a hill in the centre of the island. Called the Silent City by its inhabitants possibly because today it has no cars other than than those of its few hundred residents, emergency vehicles, wedding cars and hearses.

For stamps from other islands visit Sunday-stamps-ii-14.

You can take a horse to water ... - Sepia Saturday

From the time I saw this week's prompt first appear ... 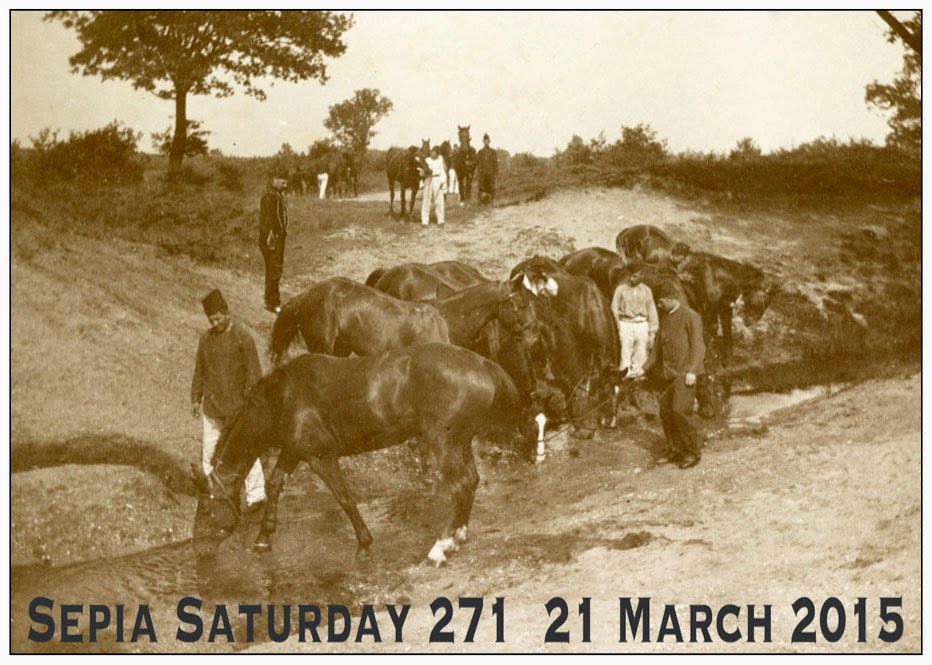 I been trying to get some local horses to take a drink.

However they all are quite happy to

He just has to be content to look at the water trough where others have been when I've not been about.

Police horses in a park alongside the Paint Creek Trail in Michigan have to do as they are told, but they do get a rest from time to time.

They even get taken to see the Clinton River nearby.

I'll try again with my local horses again tomorrow. If I do not succeed I know where I need to go to get a drink thanks to a special kind of horse.

After all if you can't make a horse take that drink, there is nothing that says you have to abstain.

On some bodies of water you cannot see from shore to shore.

Someone did around the Isles of Scilly.

Closer to home some bodies take to water.

While at Portrack Nature Reserve alongside the river you can also show your bodies off.

Not a wave in sight; meanwhile down the Yorkshire coast at Whitby

But can you see the bodies 'in the water' back in Michigan?

For other watery offerings check out the links where Carmi hosts the theme - Bodies of Water - Thematic-photographic-329
Posted by Bob Scotney at 13:41 12 comments:

I guess everyone remembers that first landing on the moon in July 1969.

In the United Arab Emirates, Ras Al Khaima issued a set of stamps  commemorating International Cooperation in Space on 10 June, i.e, before that landing.


Others in the set covered the Apollo space program and Lunar Landing. These are two that I would love to get.

This was the first of two unmanned lunar rovers landed on the moon by the Soviet Union and on 17 November 1971 was the first to move freely on the surface .

The Hubble Space Telescope has shown us some remarkable images of outer space.

A 2000 commemorative issue from the United States shows some of these.

Others in the set show the Ring Nebula, the Lagoon Nebula and the Galaxy NGC 1316.

For other space adventures make sure you check the stamps on show linked to Sunday-stamps-ii-13.
Posted by Bob Scotney at 09:32 7 comments:

It's a Dog's Life - Sepia Saturday

Over the years I have met many dogs and have what seems like thousands of photos of them. Matching this week's theme should not be a challenge for me. 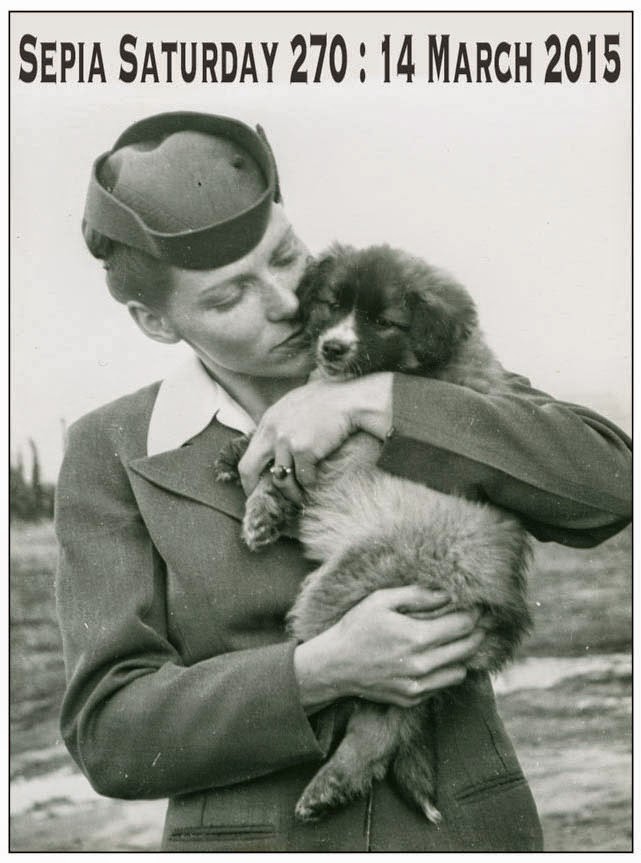 Mind you there are some times when even an air stewardess is not wanted.


Others need reassurance especially when a strange man has taken you from your mum and driven you to a new place 200 miles away.

Another pup wants to cuddle up to a Golden Lab.

And there are times when you are not sure who is cuddling whom.

The stars of the show are:


To get your teeth into other canines look for bones at Sepia-Saturday-270.

I don't drive much these days and to be honest I was never a fan of hitting the road.

These days I take things much more slowly by walking a lot.

However there are some roads that I remember well, including one where the trees remind you where you are. This dirt road could only be -


Every where you go, it seems to me you meet road works like these,

Nearer home it would be a mistake to go off-road.

It's much more pleasant to hit the road in the other direction.

Hitting this road is fun on a sunny spring day if you don't turn off here.

Better to remain on the open road.

Sat-navs would say keep left at this point.

Those in cars don't know what they are missing when they hit the road pass these.

Whichever way you drive you miss out on them. I can walk by and admire their beauty.

Next door to us it will be a while before the grass verge will recover from where builders' wagons have failed to hit the road.

If you are almost bald like me colouring you hair will not improve matters. However for one butterfly with dull brown upper wings -

it's amazing what a dash of colour does to its appearance.

when the underside is a bright green. This specimen may be misshapen but there is no mistaking the colour that gives it its name

It never rests with its wings open in order to maintain that green camouflage.

The Green Hairstreak has a wide range of food plants including bramble, rock rose, gorse and broom. Its habitats are equally wide - chalk downland, heathland, moorland, woods and even wetlands

The males are smoky orange in colour. The pale brown underside has a creamy white band and a number of eyespots. Sometimes know as the Common Ringlet the number of spots varies from colony to colony.

You will need waterproof footwear when looking for the Large Heath in the North of the British Isles - it's unique in that it is more or less confined to boggy areas.

It was wartime when I was a boy. I don't remember ever having a train set them. Years later I had an assignment helping British Rail, as it was then, implementing one of the recommendations of the Hidden Report  following the Clapham train crash of December 1988.

By then diesel and electric trains had taken over from the famous steam trains that featured in this set of stamps from 1985.

The Flying Scotsman covered the London - Edinburgh route, the Golden Arrow London - Dover. The Cheltenham Flyer, as the name implies ran from London Paddington to Cheltenham. The Royal Scot was a west coast train from London Euston to Glasgow and the Cornish Riviera the express between Paddington and Penzance.

Now if you have got steam up, all aboard for trips on other rides at Sunday-stamps-ii-12.