As we get towards the end of the alphabet it seems to be getting harder each week. However I've managed to maintain a link back to 'T'.


The Owen Falls Dam, later named Nalubaale, is on the White Nile in Uganda near the city of Jinja, 4 kilometres from the point at which the river leaves Lake Victoria.

Switching continents now to South America, 17 June 1966 saw the issue of a stamp commemorating the 50th Anniversary of Engineers.

To see more stamps just for 'U' please visit the links at Sunday-stamps-II-159.

I've discovered that I have Christmas stamps from over 15 countries, but don't worry I'll not show them all - just follow the A-Z theme.

Where better to start with Australia and an island which was named on Christmas Day 1643.

Each year I get Christmas greetings from a friend and former colleague who lives in Denmark. She never forgets to add a Christmas seal to the envelope with her card. 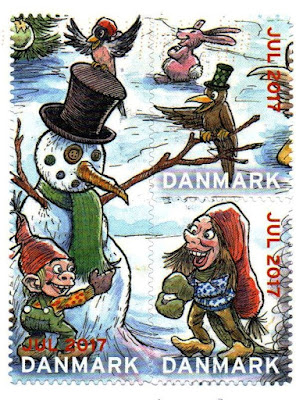 The stamp that accompanied this seal shows the public library and cultural centre at the European Capital of Culture in 2017. 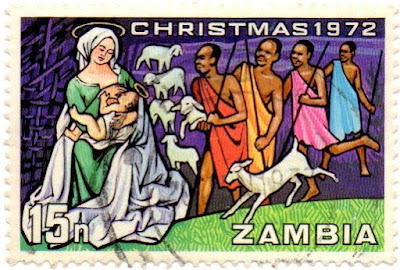 For more Christmas scenes stop your sleigh at Sunday-Stamps-II-158. and visit the links that you see there - join in with the surfing Santa.

Merry Christmas to all participants and to all those who visit and read our posts at Christmas and throughout the year.

No links to Rhodesia this week, but I have at least started with a territory in East Africa administered by the UK from 1916 to 9 December 1961 when it became the independent state of -

Its time as an independent state lasted only until 26 April 1964. It now forms part of the state of Tanzania.

Now it's time to go to the West African coast and a country sandwiched between Ghana and Benin.

A German protectorate from 1884, known as Togoland, it was transferred to France after WWI and gained its independence in 1960.

A Turkish army officer and revolutionary name Ataturk (1881-1938) became the founder and first president of the Republic of Turkey from 1923 until his death.

I'm sure that there will be enough Christmas Turkey left over Togo for sandwiches until A-Z resumes in the New Year.

For more stamps that suit you to a tee please visit Sunday-Stamps-II -157.

Before we move on from Rhodesia there is just one more stamp to show.


That was the only stamp I had from there.

After university I started my working career at a UK steelworks in in the town of Scunthorpe (another 'S') so I was quite pleased to see that another single stamp in my collection shows a steelworks in what is now the Saar in Germany.

I'm pleased that there is an 'S' in the USA. However there is no doubt about the 's' in steel of which there must have been a lot in -


For other 'S' related posts please follow the links at Sunday-Stamps-II-156.
Posted by Bob Scotney at 08:56 5 comments:

It was Cecil Rhodes and his British South African Company which founded the territory of Rhodesia. This was to become Zimbabwe in 1980 and which provides me with a link to last week's post.

The Federation of Rhodesia & Nyasaland, embracing Southern and Northern Rhodesia, was a,political unit created in 1953 which lasted until the end of 1963.

Rhodes's grave is in the Matobo National Park in what is now Zimbabwe.

Football this week has seen the draw for the 2018 World Cup to be held in Russia next year.

I found an airmail letter in the local market some time ago with some Moscow buildings. 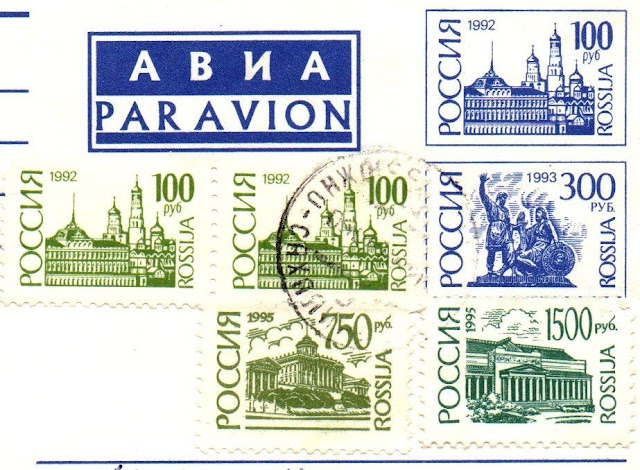 To see a Russian rooster and link to other 'R' stamps please visit Sunday-Stamps-II-155.
Posted by Bob Scotney at 12:50 7 comments: