In picking my favourite photos of 2013 I have tried to avoid shots that have appeared on Thematic Photography before. But in working through the year I just had to start with one you have seen already.

We get a variety of birds in our garden throughout the year. In April this cock bird was taking a stroll over a flowerbed.

One of the most colourful birds we see is the bullfinch not that you can view it in all its glory in the next shot I've chosen.

Next I have chosen a shot of a single flower - the only one of this type we have,

At the end of August we set out to visit our daughter in Michigan. I have shown many pictures of her dogs over the year but my next picture reminds me that three weeks before we travelled, she lost Cody the oldest of her four dogs.

While in Michigan in September we visited Detroit Zoo. A series of my favourite photos of the animals appeared in Treasured-thematic-photography.

Away from the zoo I came across this chap, one of the biggest I've seen - the metal frame he is hanging on to is 3-4 inches deep.

Back home when we visited York I could not resist taking the next shot.

When it came to Christmas Day a jewel took pride of place.

All that remains is for me to wish Carmi and all Thematic Photographic contributors a Prosperous and Happy New Year.

For more favourites don't forget to visit Carmi at Thematic-photographic-275,

I'm afraid that 'shop' is a four letter word to me which is not improved by adding 'ping'. I usually stay at home when someone suggests, as Carmi has done this week, "Let's go shopping."

However rather than be churlish I extended my morning walk today as far as the local shops - all five of them - that deserve our support.


You may not realise that all five shops are shown above - four entrance doors and the white wall of the fifth. The Newsagent sells a range of stationery not just newspapers and magazines. From the front it looks like this,

You can spend some time studying the small ads offering goods and services displayed in its windows even if it is a cold, but sunny winter's day.

Should you get tired of all the Christmas fare you could sample some meals at home from the next two shops.

That small notice in the Presto Pizza window says that they will even be open from 4 pm on Boxing Day and New Year's Eve. Should you finish with indigestion than perhaps you may need to visit Whitworth's the chemist shop at the end.

The final shop has changed hands several times in 20 years but has always been a small supermarket. Now it is part of the Group that has been awarded the accolade of 'Supermarket of 2013' by 'Which', the consumers magazine.

If you were to look closely you might see the 'Which' award on the red sign in the front window wishing us a Merry Christmas.

That concludes my shopping trip; to see others, cross over to Thematic-photographic-274.

Here's hoping you all have a very Merry Christmas.
Posted by Bob Scotney at 15:43 7 comments:

I resisted the impulse to put up a Christmas stamp with Santa Claus as a figure for this week's fantasy theme and chose instead these three.


Superman and the following stamp were part of the 'Celebrate the Century' series for the 1930s.

But predating them both was this group:

What better way is there to wish you all a very fantastical Christmas and a Happy New Year than with this clip.

Now you can fly away on other fantasy trips at Viridian's Sunday-Stamps-151.
Posted by Bob Scotney at 10:51 7 comments:

Christmas Past and Present - Sepia Saturday

It doesn't seem a year since Alan put up last year's Christmas post but already it's time he said for us to celebrate. 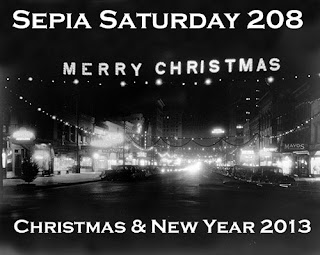 I usually find a link to Dickens and this year is no exception; it's time to let your hair down and have a ball

Perhaps you would prefer to party outside as they did in 1852.

All the weathermen seem to be able to offer us is heavy rain and strong winds. I don't think we will be able to look out of our window and see a sight like this.

Santa Claus may be coming but so far there are no presents under our tree.

So I guess that all there is left for me to do is wish all Saturday Sepians (and all my blog visitors too)  a Merry Christmas and a Happy New Year from us at:

Meanwhile take a look at more Sepia Christmases at Sepia-Saturday-208.

I'm spoilt for choice this week for Carmi's 'Treetops' theme as we are surrounded by trees in the village where I live.

Here are two of my favourites from the small wood down the road which I photographed at regular intervals over a year.


while the trees around have retained theirs. That hole is the result of woodpecker activity.

Treetops provide good cover for small birds like this.

And for larger ones as well.

The tree overhangs our garden.

I wonder how long it will be before the Ivy wins and they lose their tops like the one on the left. Meanwhile I just have to lean back in my office chair to enjoy their presence.

On my morning walks there is a tree I always check to see whether it's still there - it's dead and keeps losing bits of its top to high winds.

On the same walk early in the year I can hear noises coming from the top of large Beech trees.

I'm rapidly running out of options for this second week of Christmas/holiday stamps. So all I can do is show what we have received this week.

This one of two stamps designed by children for Christmas this year.

And then there are two other stamps featuring the Madonna and Child.

I'm still expecting some from abroad but guess I will have to wait until next year to show them.

For more Christmas/holiday stamps cross over to Sunday-stamps-150. where Viridian is celebrating her 150th edition of Sunday Stamps.

There is so much detail in this week's prompt that it's difficult to know where to start, especially when you have no photos of your own that are appropriate.

Let's look at the prompt again, 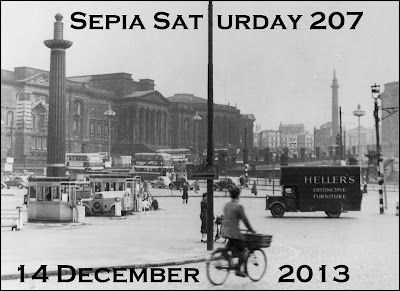 We know that it's Liverpool - a city where I have only been to Anfield, the football ground. Forced to look at the picture my eyes alighted on the sign showing the direction to a tunnel.

I have been through many rail and road tunnels in my time but never one on a canal like the one protected by this sign in Leicestershire.


Saddington Tunnel, also known as Fleckney Tunnel. on the Grand Union Canal was opened for traffic in April 1797.

Some tunnel signs may be confusing like this one you will find on a waterway under the Pennines.

Hyde Bank Tunnel is only 924 feet (300m) long and despite being unusually wide it has no towpath. If you are still confused by the sign - it means you are halfway through.

A much longer tunnel is to be found on the Settle & Carlisle Railway in Cumbria as you can see from this sign at its northern end.

At 2629 yds (2404m) Blea Moor is the longest tunnel on the line and is located between The Ribblehead Viaduct and Dent railway station.

For a road tunnel I just have to come back to Liverpool for the Queensway (Birkenhead) Tunnel though it's not a particularly inviting picture. There are a few lamp posts and even a van, not one for furniture unfortunately.

If there are any Harry Potter fans reading this, you might like to know that the scene from Harry Potter and the Deadly Hallows - Part 1 where Harry skips on a bus while on Hagrid's enchanted motor bike was filmed in the tunnel in September 2009.

If you wondered what the 'column' was towards the left of the Liverpool photo was, I've solved the mystery - it was one of these.

This was on of the original tunnel pylons.

If by now you have tunnel vision and suffer from claustrophobia, on your way across to Sepia-Saturday-207., you might like to take a -

It's often difficult to get the weather and the skies to give you shots you want when Carmi sets us a theme like 'dawn and dusk'. I used existing photos earlier in the year in Sun-up-sundown-thematic-photography. which included sunsets in the village where I live.

Last November (and again in recent weeks) we have had some beautiful dawn skies.


Today the skies had a similar look, but within two hours when the sun was up the conditions had changed somewhat.

Even in 'close-up' the fog took the shine off the day and the temperature had dropped 5C.

Perhaps you will find more light and a warmer look at Thematic-photographic-272.
Posted by Bob Scotney at 13:44 8 comments:

There is one set of Christmas stamps that I have always liked. Published in 1977 they have stood the test of time and show up the poor issues of recent years.

Great Britain
The set takes us through the rest of the carol.

before you cross over to Viridian's Sunday-stamps-149. for more Christmas/holiday stamps.

The first cartoons I remember when I was a boy during the war were in the Daily Mirror - the world famous Jane, who struggled to keep her clothes on, and the strong man Garth. And then there was Rupert the Bear and his Nutwood pals - in the Daily Express, I think.

After the age of 11 I learnt Latin and French and started on Mathematics, This was perhaps a good thing before I came across this man.

So I had no problem understanding what this French philosopher  said - "cognito ergo sum" or in French "Je pense donc je suis." I also could handle the Cartesian coordinates which had been named after him.

By now you must be wondering what on earth this has to do with this week's SS prompt. 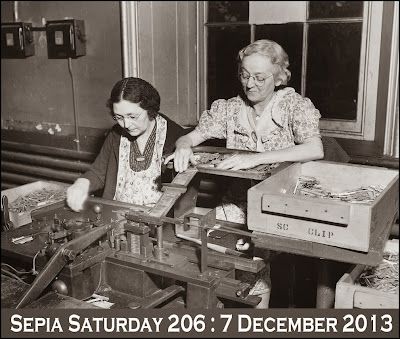 Well it reminded me that another of my favourite cartoons was The Perishers, which included Boot, an Old English Sheepdog.

Boot went on holiday to the seaside each year where he always had an encounter with a crab in a rock pool. Imagine the crab, looking upwards to see 'eyeballs in the sky' as Boot looked down on him.

Many years ago someone gave my wife and apron. It now resides in the USA. I'm pleased to say that it has been modelled for me and some photos sent across the Atlantic to grace this post.


The model wishes to remain anonymous as she will not admit to ever wearing an apron.

As for Boot he really is in tizz.

As the background to the apron is blue perhaps while you think about this post you should listen to:

before crossing over to Sepia-Saturday-206. to see whether you can find some more apron strings to pull.