All Shapes and Sizes - Sunday Stamps

As a boy I was fascinated by stamps of different shape to the square of rectangular ones in use at the time. Great Britain stamps seem to have remained conventional except for these two which I had fogotten were in my collection.


If you don't fancy doing Darwin's jigsaw you could always relax with a pear. We often eat kiwi fruits but the bird from New Zealand is a different shape.
A number of countries have diamond shaped stamps like this from Angola: 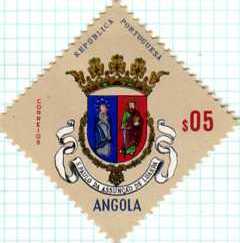 I included a Mongolian stamp when I posted Olympic stamps earlier; they seem to favour the diamond shape.
You will see that a triangular bird stamp was also included along with the Olympic stamp. I showed a set of triangular stamps from the Camerouns before when the topic was flowers so I won't repeat them here.
Perhaps those of you in the USA can tell me what these heart shaped stamps were for. 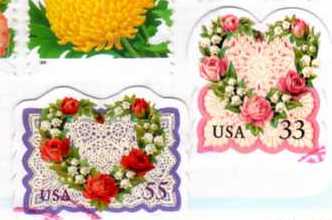 The stamps that caught my eye as a boy all came from Hungary; it took me ages to find out what Magyar Posta meant. 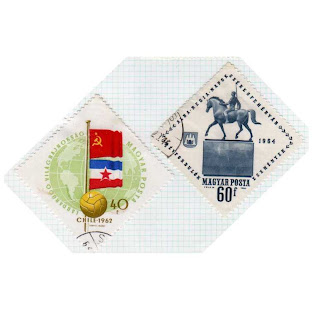 Scanning and and cropping these stamps has been an interesting exercise but for more entertaining stamps ckeck out Viridian's Sunday Stamps 32
Posted by Bob Scotney at 08:40

Great - I love the stamp series and must look around a little more. I gave my stamp collection to some friends, who are serious collectors and then inherited my mother's more recent collections (modern) .. which I thought I might use for posting .. at some stage ..

I see some sets and buy them, s they always have interesting information included .. I did send some to little kids - but seem to have no reaction .. so think I'll keep them!

Cheers - now I can be here more often .. have a good Sunday .. it's lovely down here. Hilary

There was also an issue of stamps that were the shape of LPs in their sleeves. They were difficult to detach, just like the jigsaw ones. The kiwi must have been even worse, trying to keep its beak intact.

What a wonderful collection of unusual shaped stamps. I don't recall the UK ones that you posted, and I love the New Zealand stamp.

Once again I have learned something new from your posts. I’ve never seen shaped stamps. I love the jigsaw and the pear.

...and would have been used on wedding invitations, valentines, birthday cards, and so on. there is always a Love stamp in the USA.

I loved my stamps when I was younger. I remember having some diamond ones and I think I had some triangular ones too that were possibly from Helvetia.

U.S. stamps seem to be mostly boring rectangles of various sizes. I suspect the heart shaped ones had something to do with celebrating Valentine's Day.

You've cover a lot of shapes, its interesting how some countries, like Mongolia, have a preference. I do like the Kiwi stamp, it would look nice on a postcard.

i've recognized a couple of stamps i have myself. shapes are one of the perks of collecting stamps.
:)~
HUGZ