It may be a coincidence but this is the inside of a Christmas card that I received today. 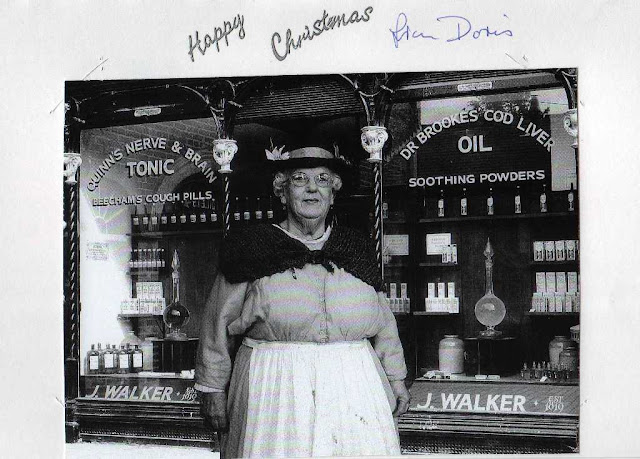 The lady in front of the shop is Doris Perley. Doris chairs the Yarm Writers’ Group of which I am a member. You may see more of Doris in later weeks, but today it’s the shop shown in the photo that provides this Sepia Saturday topic.
The shop John Walker Chemist & Druggist was established by John Walker in Stockton-on-Tees in 1819. 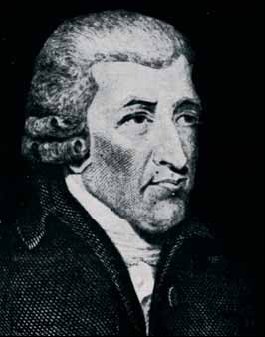 John Walker
Walker invented the friction match using a mixture of potassium chlorate and antimony sulphide. He sold his first friction matches in April 1827. The  matches were made of cardboard but he soon switched  to  wooden splints. Walker never patented his matches despite being advised to do so by Michael Faraday. It was a Samuel Jones of London who copied his idea and marketed his “Lucifers” in 1829.
Doris is standing in front of the shop in the Victorian street of the Preston Hall Museum at Eaglescliffe. The ‘new’ shop was opened earlier this year to mark John Walker’s discovery of a process which changed history.
More  Sepia Saturday here
Posted by Bob Scotney at 15:30

What a wonderful photograph. I must try and get up to see that museum if and when the winter ever goes away.

wow that is something. Great story and photo. Blessings
QMM

What a fantastic Christmas card. I t looks so authentic.

I'd like to go into the store and poke around. I'm sure I could find all kinds of interesting "new" things. I wonder why Walker chose not to patent his matches. They certainly were a great invention. Wonderful photograph.

An amazing succinct history! Something I never knew.... No time to post Sepia this week but I'm reading and enjoying. And what a photo!

i just adore the picture. congrats to Doris for pulling this off so flawlessly. loved the story, as i flick my lighter to lit another cigarette... i feel sorry for Walker though...
:D~
HUGZ

I have to comment on how I would love to sit down and talk with Doris. If she is a writer she could carry a great conversation.