I have been a member of Yarm Writers Group (YWG) for just over 3 years.

The group meets once a fortnight in the library at Yarm, in the North East of England. The group aims to be fun and I can vouch for the friendly atmosphere. It has been in existence for over 25 years

Doris Perley, who writes family and local history,chairs each meeting. Doris says we may not be the most talented writing group, we write because we enjoy it.

At each session a topic is set for members to write about and read  at the next meeting - it's not compulsory. Criticism is rarely harsh as the aim is to provide support and build confidence in what we write. If one person in the group enjoys the writing then that's a successful piece.

People visiting the library have been heard to say, "I go on a Thursday because of the laughter from the meeting room.

Each year there is an outing - my first visit was to Alnwick Castle in Northumberland.Later  we visited Eden Camp which claims to be the only modern history theme museum of its type in the world covering WWII and military history of the 20th century. The camp held Italian and German POWs during the war. 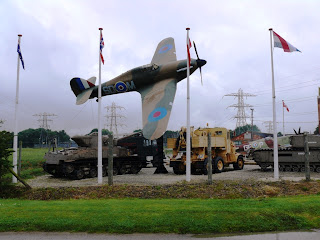 I intend to post pieces I have written for presentation to the group so look out for them in future posts. There are around 75 so far. Hope you will like some of them.
Posted by Bob Scotney at 19:52

Sounds like a great group to be part of Bob. All the time I was writing The Emperor's Elephant the thing that kept me going was that if one other person enjoyed it, it was worth doing. A philosophy that's worth remembering for everybody

Some members have on occasions commented on the lack of criticism their work receives. I usually test any bits I write on the Writelink community website, This works for me.